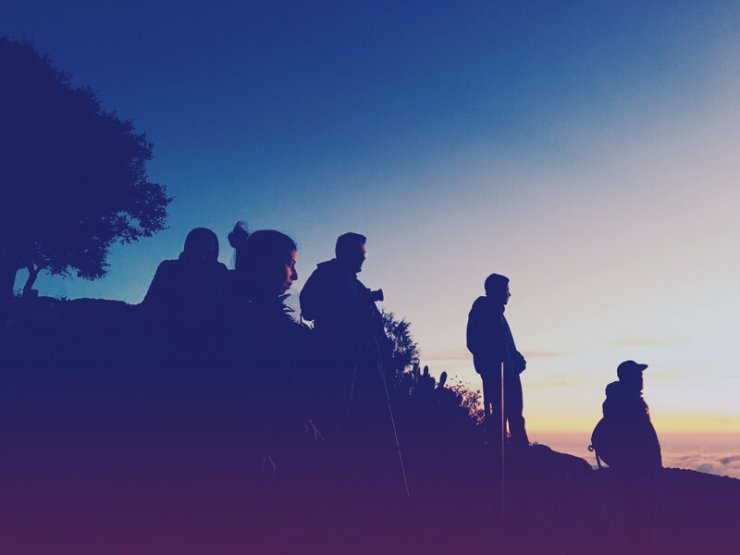 Whether it’s performance evaluation from managers, team brainstorming, or customer feedback on your product, the continuous and regular giving and receiving of feedback is vital for the ongoing health of any business.

Organisations are organisms which live and breathe on skill, expertise and knowledge – a breeding ground for incredible feedback generation – yet many organisations fail to properly capitalise on this.

How and why do companies and their employees fall down when it comes to harvesting great feedback? Sometimes we feel like we don’t need the opinion of others, sometimes we don’t ask the right people, and sometimes we ask in the wrong places, in the wrong ways, and at the wrong time.

By using the tools of an Enterprise Social Network (ESN) companies can capture more diverse and more ‘outside-the-box’ feedback from all corners of the organisation.

One potentially problematic feedback-gathering situation is a team meeting. Teams are a fixed entity with members determined by job status and organisational hierarchy. Team meetings, therefore, will inevitably include the same people every time. Why is this a problem?

While it may seem logical to discuss sales objectives among the sales team, or the product road map among the product development team, the lack of external inclusion means you could be missing out on the valuable viewpoint of someone with a different skill set and experiential background – someone who thinks differently and has some distance from the problems you deal with everyday.

A survey by UserVoice has shown that while executives and sales teams are the two groups whose feedback ultimately has the most influence over the product roadmap, product managers actually value their feedback the least. This demonstrates that we don’t always look for feedback from the right people.

Understandably, you may not want to invite Rachel from the sales team to every product development meeting, but this doesn’t mean you shouldn’t solicit her feedback in other ways.

Use the ‘Groups’ feature of your ESN to add or remove different members of the organisation to an online group discussion. Add people from different teams whose input you think could be valuable, throw your ideas out there, and wait to see what kind of potentially game-changing feedback is returned.

Use the Video Conferencing feature in conjunction with the Groups feature to virtually re-create a face-to-face meeting. This won’t, and shouldn’t replace your regular in-person team meetings, but it will allow for ad hoc online meetings with select, busy people from other departments, offices, buildings, or cities.

Use the ‘Groups’ Feature to Get Expert Insights

The ‘Groups’ feature can also be used to set up focus groups which include certain valuable people from outside the organisation, such as customers and advisors. Often, we think that we know our product or industry better than anyone else – this is rarely the case. If we open our minds and put our egos aside, we can solicit advice from essential experts, peers, influencers, and loyal customers.

Why not pick out a handful of your favourite LinkedIn influencers, or your top 20 loyal customers, and add them as guest users to a dedicated group discussion? Guest users won’t have access to anything else on the platform and with talkspirit, adding guest users is free – a great way to create a Customer Advisory Board (CAB). Advice from these users could be what makes or breaks your next move.

While custom discussion groups are a good solution for getting the opinions of a number of hand-picked, experienced individuals from outside your team, they still involve an element of (justifiable) exclusivity. Naturally, you might not want to invite someone who just joined the organisation last week, or someone who really has very little to do with your line of work to these discussions. Nevertheless, this isn’t to say that their opinion might not be valuable.

By sharing a post in in a general group of your ESN, you can ask for feedback from everyone at all levels of the organisation. Don’t be afraid to ask the opinions of others, even if you think they have less, experience. You might get some useless or impractical opinions, but you might also get some diverse feedback that sets your mind thinking in a different way.

Sometimes we need feedback even when we think we don’t. Rather than directly asking for feedback on a particular subject, try posting regular updates on what’s going on for you and your team in the respective group. Post about a client you’re trying to onboard, or what’s next on the product development road map, or use integrations to share status updates on different types of tasks you’ve completed.

These newsfeed updates open up the floor for ad hoc feedback and encourage employees to become emotionally invested in all areas of the business. You may get an out-of-the-blue comment from someone with expertise or connections you didn’t even know they had. It could be that John from Accounts is actually a pro-surfer and can give you all the knowledge you need for your next ad campaign, or maybe Michelle from Sales is related to the CEO of a company you’re trying to pitch.

Find the person who provided the feedback through the organisational chart and hop on a quick video call with them to discuss how they can help you – all directly through your ESN.

A Covert Way to Get Feedback from That Shy Person

It is not only someone from another department whose opinions and ideas you might be missing out on, there could be someone on your own team whose head is full of nuggets of genius but whose crippling social anxiety, fear of ridicule, or even fear of retaliation from managers, stops them from speaking up at meetings.

Why not give this person a more anonymised way of sharing their opinion through the poll feature of an ESN? Post a fixed question with a fixed set of solutions, and allow for anonymous feedback. The Polls feature of an ESN is a great way to get quick, filtered, and streamlined feedback.

Some of the best feedback is generated through less formal, casual, social discussions and conversations. For this reason, many organisations are adopting regular innovative meeting formats – such as open debates, internal TED talks, and ‘dare to ask-sessions’ – where employees are encouraged to share ideas openly and candidly.

One roadblock to getting a company-wide discussion going is the challenge of getting a large and dispersed team into one room. The Video Conferencing feature of an ESN is a great ways to schedule regular, open-discussions with groups or teams.

If you prefer face-to-face sessions you can use the ‘Agenda’ and the ‘Announcements’ features to schedule and update people on these regular meetings. You never know what kind of creative feedback will emerge through these sessions.

How the smart office is transforming the workplace

There’s No Going Back: 4 Things About Work That Will Never Be The Same