The future of work in Europe, according to McKinsey 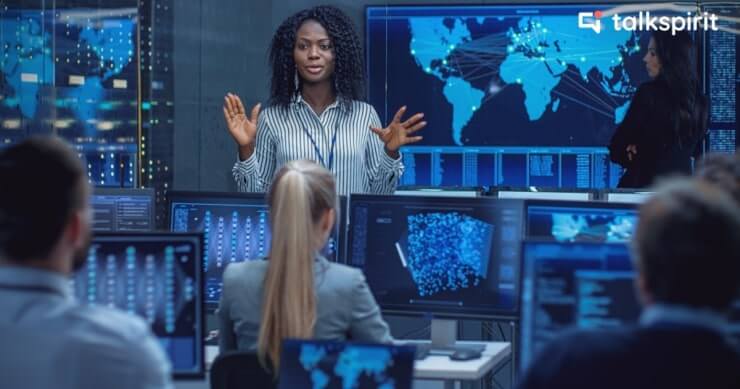 If the Covid-19 crisis has had a heavy impact on the labour market, it has also resulted in the rise of new technologies and an acceleration of the change in working methods. For example, in the next ten years, automation and artificial intelligence are expected to profoundly change the distribution of jobs and skills needs. According to a McKinsey report of June 2020, approximately 22% of jobs in Europe (or 53 million) could be automated by 2030.

In this report, the strategy consulting firm identifies the trends shaping the future of work of more than 1,000 cities and regions in 27 European countries. Here is a summary of these trends, and several initiatives to be implemented to address them.

The impact of Covid and automation on the European labor market

According to McKinsey, almost 59 million European jobs are threatened by the Covid-19 crisis through reductions in working hours, pay cuts, temporary leaves or layoffs.

Three sectors account for half of the jobs at risk in Europe:

The jobs most affected by the pandemic are those that were already most at risk from automation. In the retail and wholesale trade, for example, almost 70% of jobs already “at risk” due to automation are also threatened by the crisis. Covid-19 could thus accelerate the destruction of certain jobs and the emergence of others.

Also read: Covid’s Impact on the Digitalization of Companies: A Summary of the McKinsey Study (2020)

Low-skilled workers and youth will be the most affected. In fact, 80% of the jobs that are at risk of being eliminated or transformed are held by people with no higher education.

A change in the distribution of jobs

The distribution of employment by industry is also expected to change. In more than half of today’soccupations, at least 30% of the work could be automated using current technology. As a result, administrative, production and customer service jobs are expected to decline significantly in the coming years.

According to the report, automation is accelerating the transition to knowledge-intensive sectors such as education, information and communication technologies, healthcare and social services. For example, STEM (science, technology, engineering and mathematics), business, legal and medical professions are expected to grow by more than 20 percent over the next 10 years, creating about 4 million jobs.

The majority of jobs that will be filled by 2030 will require a higher level of skills than today. For example, 21 million European workers will have to change occupations by 2030, and more than 90 million will need to acquire new skills in their current jobs.

Two types of skills will be particularly in demand:

Employees in declining occupations will also have to develop these new skills in order to be able to evolve. For example, some salespeople will be able to take specific training to convert to nursing or personal assistance roles, which are expected to grow by 25% by 2030.

A shortage of skilled labour

Once Europe recovers from the crisis, it could face a shortage of skilled workers, especially in large cities. At issue is the shrinking of the working population, largely due to demographic ageing.

Today, only 40% of Europe’s population has a higher education, but that’s not enough: 60% of growing jobs require such profiles. Over the next ten years, it will therefore be more difficult for companies to find the skills they need, particularly in the IT and healthcare sectors.

An increasing geographical concentration of employment

By 2030, jobs will be increasingly concentrated in large cities. Thus, Europe’s 48 largest megacities are expected to capture more than 50% of employment growth, compared with only 10% for declining regions.

According to McKinsey, 40 percent of Europeans live in areas where the number of jobs is expected to decline. This is particularly the case in Eastern Europe, East Germany, Southern Italy and Portugal.

However, this trend could be tempered by the increase in teleworking, which could reduce the attractiveness of large cities and encourage geographically decentralized work.

How Europe can meet these challenges

To adapt to these trends and lead the future of work, European companies and governments must focus their efforts on four major themes:

To address the shortage of skilled labour, companies must first invest in fostering employee skills. To achieve this, they’ll have to upgrade their training programs and place continuing education at the heart of their corporate culture.

Also read: Vincent Montet, EFAP: “Training is One of the Answers to Digital Darwinism”

Skills assessment will be an important step in identifying workers who need to train or even retrain.

Employers will be able to partner with universities to develop curricula that are relevant to the world of work.

They’ll also be able to rely on digital platforms to improve the transparency of job offers and propose career paths that match workers’ skills.

Along with training and retraining, investing more heavily in recruitment will be needed to attract key talent and find new ways of identifying less traditional profiles.

By 2030, fewer than 60% of all jobs in megacities will be filled by their current inhabitants. To fill this labor shortage, several million more people will have to move to these larger cities, requiring investment in transportation infrastructure and the creation of more affordable housing in urban areas.

To develop their talent pool, companies have several alternatives:

In the long term, the challenge will be to increase the participation rate to cope with the shrinking labor force. To counteract this trend, Europe will need to focus on attracting and retaining skilled workers, as well as boosting the participation of older people, women and youth.

There are two options that can help retain workers longer:

Finally, it’s crucial to ensure that graduates are trained in the skills that are actually in demand in the labor market. Public subsidies can also be given to companies that hire them to support youth employment.

Over the next ten years, automation is expected to create, transform and eliminate many jobs. In order to occupy the professions of tomorrow, most employees will have to develop their skills, or even retrain completely.

An effort that companies will have to support by investing massively in training, but also in digital tools. They will also be able to turn to remote work, hybrid work or freelancing in order to expand their talent pool.

Want to learn more about the challenges of the future of work? Read our white paper: “Future of Work: Make Way for Hybrid Work.”

In our white paper “The Future of Work: Make Way for Hybrid Work!” you’ll discover the eight main challenges of hybrid work; best practices managers, HR, internal communication, IT and employees all can adopt; and the tools for facilitating hybrid work.